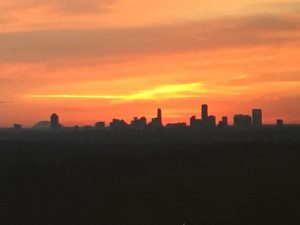 In the heart of the Midwest raged a battle of nerves. In the seventh game of a historic winner-take-all, an incomparable streak of ineptitude was due to be broken. In the heat of November – yes, an uncommonly hot and humid November night in Cleveland – the pressure was so great, it rendered one respected manager void of reason.

In the announcer’s booth, an extraordinary former athlete with a mind uncluttered by pressure, spun a tale of the emotions and grave consequences facing the Chicago Cub’s manager, Joe Madden.  The announcer, John Smoltz, a former do it all pitcher and Braves Hall of Famer, recanted a pregame decision by Madden who said he would not bring in tough lefty, John Lester, during a ‘dirty’ inning cluttered with runners on base.

Why, you ask, would Mr. Lester be disdained during a ‘dirty’ inning?  Simple – though he could sever the right wing off a mosquito on a pitch to home plate, Lester couldn’t hit a Chick Fil A cow straddling first base, his mental block on throwing to first being so pronounced, even the fish in Lake Erie had heard of his woes.

A rule of thumb managerial debate-gate ensued.  The debate – well, John Smoltz, extraordinary citizen and former World Series wiz, insightfully said he would never “make a change that makes the other team happy.” However, Joe Madden ‘managed’ to do just that – he gave an early hook to a “dealing,” almost unhittable starting pitcher on cruise control, Kyle Hendricks.

Happy faces exuding instant stress-relief followed in the Indian’s dugout at this unexpected change. After all, Kyle, with his cool under pressure veneer, whose pulse rate barely registering a blip, was carving up Indians one by one. Yet there was Madden, after one measly walk by Kyle following what should have been a strike-out to end the inning, calling for Jon Lester who couldn’t hold John Candy on first with a two-ton bungee chord.

Suddenly a comfortable lead felt less comfortable, the 108-year Cubs reign-less span showing signs of being extended. Madden, who had just broken his own rule of thumb, also maddened the Cubbie faithful, spurring enough second and third guessing to shake the pillars of Chicago’s Wrigley field.

Tremors of hope rolled thru the partisan Indian crowd.  Suddenly, a seemingly improbable comeback began. First, a wild pitch by Lester and a stumble by his ancient battery mate, Catcher David Ross, a not-so-spry 39 playing in his last career game, promptly ensued. Ross looked concussed, wobbly and woozy all in one very ugly wild pitch debacle that allowed the only two-run error since the 1911 World Series, that 1911 play made possible only because the catcher refused to chase the ball.

The Cleveland faithful, overmatched to that point by fervent Cubs fans cheers, began to rock, stomp, fist-pump and down-right whistle while they worked. This proud but floundering Indian franchise was once banished in Game Six of the 1995 World Series by none other than the ONLY professional sports championship team in the history of the original deep south, the Atlanta Braves. Thus while expectations remained subdued, boisterousness from the Cleveland diehards took flight after such a managerial faux-pas. Prayers turned to raucous cheers as they plotted to turn the tide of their own 68 year championship drought.

That ‘95 series ended just a month after my 21-year old, firstborn was born, a win forever frozen in Atlanta time.  The magnitude of our ’95 World Championship is a win only core southerners, proud parishioners of Georgia, Tennessee, Alabama, Mississippi, and the Carolinas, could understand.

On queue, a franchise that couldn’t keep the Atlanta Braves from gaining a fleeting footnote on the grandest stage in this ancient big-league “show” began an illogical and impossible four-run deficit comeback. The major league’s two longest drought-ridden teams found themselves in an improbable tie through hits and homers that defy all historical markers only to have mother nature send a reminder of their decades of ineptitude in the form of an insulting damper, a pesky rain shower.

But just as the Cubs found themselves with a runner on third, one-out, 90 feet from the lead in a 6-6 game, the weight of 108 years felt too leaden, and left a fleet footed base runner, none other than Atlanta’s very own Jason Heyward – stranded – sending the emotionally strangled matchup into extra innings.

While a 17-minute rain delay ensued, in the finale of this craziest of games just prior to the tenth inning, all Atlanta paused to wonder – could the Braves find their way back? Could Atlanta shake a mere 21-year championship drought? After all, that’s just a blink in baseball time compared to the combined drought of droughts for the Cubs and Indians. Straining to unbury memories of former success, each team looked desperate to be the first to rip free of their combined one and three-quarter century drought and thereby rid themselves of an unprecedented methuselah-like era of emptiness.

As the baseball gods extended the Cubs versus Indian drama to an extra inning before bestowing a crown upon baseball’s king of pain (way to go Chicago!), Atlanta soul-searched for memories of Braves glory. Visions of the Braves’ Hall of Fame pitching trifecta danced in our heads – Greg Maddox, the record-breaking multi-year Cy Young winner who was ironically a Cub all-star prior to anchoring the Braves pitching staff, Tom Glavine, a lefty change-up magician who nearly became an ice hockey pro, and John Smotlz, who could pitch in any pressure cooker role, all three lead by Hall of Fame manager Bobby Cox. Coupled with timely hitting by the likes of yet another future Hall of Famer, Chipper Jones, and the hit of hits from David Justice, the ’95 World Series clinching homer, the Braves vanquished our city’s major sports championship void.

Those Braves World Series moments, freshly recalled with Mr. Smoltz gracing the broadcast booth, left us to ponder.  Could our fair city once again challenge baseball’s vaunted elite through their youth-movement, pursue sustained excellence and once again climb from the cellar to stare down post-season nerves?  Can the Braves refashion their 90’s resume for success – a decade of pitching prowess, timely managerial moves and hitting highlights – much like the Cubs of 2016? Might Atlanta feel the thrill of hanging on every emotional pitch ever again?

As we fast approach Spring training, post-Cub’s Billy Goat curse being broken, we now yearn for a similar Braves ascension to baseball’s greatest stage, and for the south to rise again.

We say bring on 2017, inaugurate a new ballpark, and start the climb.

1 thought on “Why not Atlanta”